Ayden is a gentle, loving & caring 10-year-old boy. He was diagnosed with Autism Spectrum Disorder and Sensory Integration at around 24 months. He has been in Speech, Occupational and Behavioral therapies since that time.

At around 8 years of age, he was given Haleigh’s Hope CBD to assist with sensory issues. When he was about 9 years old, he was diagnosed with petit mal seizures. He was put on Rx medication. In September of 2018, Ayden suffered a mal grand-mal seizure and was put on additional Rx medication and was also introduced to Charlotte’s Web CBD.

CBD enriched cannabis has been shown to be beneficial for children with autism. In 2007, The Israel Ministry of Health began providing approvals for medical cannabis, mainly for symptoms palliation. In 2014, The Ministry of Health began providing licenses for the treatment of children with epilepsy. After seeing the results of cannabis treatment on symptoms like anxiety, aggression, panic, tantrums and self-injurious behavior, in children with epilepsy, parents of severely autistic children turned to medical cannabis for relief.

NuBounty’s NuLife team sat down with Ayden Dad to discuss his decision to include CDB into Ayden’s treatment regime.

What health condition and symptoms lead you to try CBD?

Ayden’s ongoing sensory issues and continued seizures. We were looking for anything that could provide relief.

We started Ayden on Charlottes Web with a dosage of 1.5ML twice a day.

Did CBD relieve your symptoms?

The combination of CBD along with seizure medication reduced Ayden symptoms drastically. He has had only one seizure in 6 months after commencing his CDB treatment.  Prior to starting this treatment, Ayden had 3 seizures in a span of 60 days. 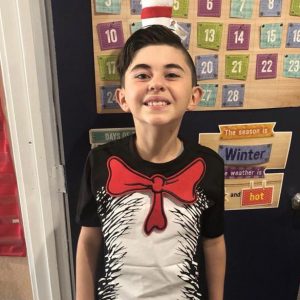 JOIN THE NUBOUNTY COMMUNITY & RECEIVE 10% OFF YOUR FIRST PURCHASE